Much of the advice in Teach Yourself Training Your Brain is unconventional, but its co-authors, Terry Horne and Simon Wootton, say it is based on leading scientific research.

They claim that people can combat the considered wisdom that the brain deteriorates with age.

Mr Horne, a university lecturer, said: “For decades we have thought that the capacity of our brains is genetically determined, whereas it’s now clear it’s a lifestyle choice.

“People can make lifestyle choices that will not only prevent what used to be seen as an inevitable decline in cognitive ability after the age of 17, but will constantly increase it throughout our adult lives.

“Our suggestions will empower people to develop their cognitive capacity or just to let it die.” 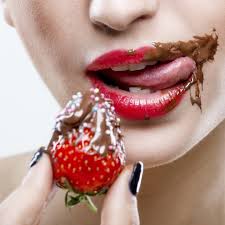 The book analyses how diet, the environment and stress affect mental capacity. It offers advice and mental exercises for people hoping to increase their brain power.

Much of the book’s suggestions are based upon the chemicals that certain activities release in the body.

It says that sexual intercourse increases the body’s levels of the hormone oxytocin, which induces a readiness to think of novel solutions, while the post-coital rise in serotonin levels also helps both creative thinking and logic.

In terms of food, the book suggests that the hidden ingredients of dark chocolate – such as magnesium and antioxidants – help get more oxygen to the brain.

The authors will be hoping the book cashes in on the increasingly lucrative brain-training market – the games manufacturer Nintendo has sold 10 million of its hand-held Brain Age games this year.

The book also advises on the kind of company one should keep. Mr Horne said: “Mix with people who make you laugh. Avoid people who whinge, as people who are negative will make you depressed.”

How to get most out of food for your brain

• Do eat oily fish, which are high in omega 3 fatty acids

• Do eat broccoli, a great source of vitamin K

• Do eat tomatoes, high in antioxidants

• Don’t drink too much alcohol, which kills off brain cells

• Don’t skip breakfast, it’s a vital source of the energy

• Don’t eat too many high-fat foods