It’s clear as day that we’re living in weird times. The last couple of years were nothing short of amazing, to put it mildly. A reality star was the U.S. president, COVID-19 pandemic shook the world, and we’re now arguing for and against vaccines. If you froze someone just a decade ago and woke him up in 2022, they’d have a full-blown Charlton Huston meltdown from the original Planet of the Apes.

But as if all this wasn’t enough, we’re now grouping into two tribes. Those who do and those who don’t love mint chocolate. What the heck is going on, people? This is all thanks to Mark Zuckerberg and Facebook. Pardon. His pet project — Meta. A question on this social media platform that was asking users whether they like this combo of flavors was behind WWIII-like response from people. So, let’s see what both sides have to offer.

Mint Chocolate: What Is It?

Before we explore both sides, we need to list some facts about mint chocolates. As its name would suggest, this is chocolate with a mint flavor. However, it’s not that simple. You shouldn’t confuse mint chocolate with chocolate mint. Sure, you might be thinking we’re talking BS, but hold on. These two coexist and are two separate foods.

We all know mint chocolate chip ice cream, mint candy with a combination of chocolate and other flavors, and so on. Yet, unlike mint chocolate, choco mint is a subspecies of the mint plant. It’s a unique plant that resembles quite a few tastes, including basil, lime, and, you’ve guessed it, chocolate. It can, nevertheless, find its way inside mint chocolate too. 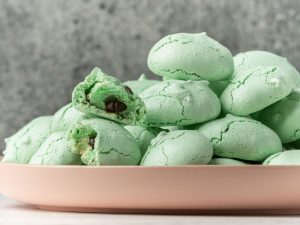 Mint chocolate is a unique flavor combination. As such, it’s no wonder why so many people love and hate it at the same time. And as we’ve said, you can find it in numerous products. From hot chocolate with some fresh mint sprinkled over it to girl-scout cookies and various dark chocolate ice cream combos, it’s practically everywhere. Therefore, it can look like anything. It’s flavored chocolate, so don’t expect anything otherworldly.

To understand why some people are so in love with mint chocolate candy, we need to check out Facebook comments they made on the infamous post. Most replies suggest that folks enjoy it so much because it’s a combination of refreshing and indulging.

On the other hand, some take things further. They imply how they, check this out, don’t trust people who don’t like mint chocolate. Nevertheless, we think we have an answer for this phenomenon. Most people love it due to nostalgic reasons.

Who doesn’t remember Baileys mint chocolates and mint Jelly Tips? Those were some of the best if you were a kid with a more refined and peculiar taste. Additionally, kids who would go to Chinese restaurants with their parents now reminisce about after-dinner mints.

When it comes to mint chocolate haters, it’s essential to mention how most of them don’t have a problem with mint itself. In their eyes, the only issue is that people are mixing it with chocolate. They think cocoa should be reserved for milk chocolate or regular dark.

Some folks on Facebook who don’t like mint chocolate state that they want mint only on a piece of roasted lamb. On the other hand, others think it reminds them of toothpaste. And if you think about it, they have a point. Who would want to eat dentifrice? 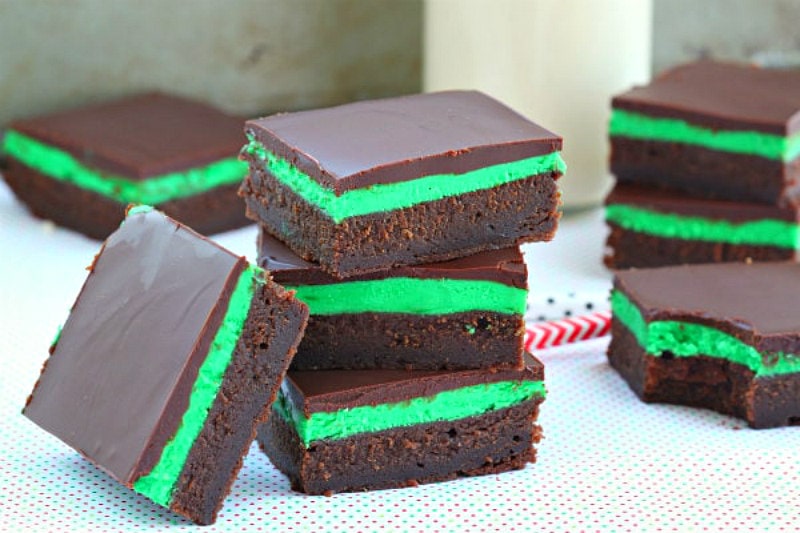 Other reasons include ideas about how mint tastes like cold acid. Yep! Some folks associate peppermint, spearmint, and crème de menthe with poison. Lastly, some people online claim that it tastes even more fake than industrial chocolate already is.

Our Thoughts About Them

The reasons why people hate mint chocolate are legit. We don’t have a problem with them. Moreover, we don’t think it’s really that important of a question. Take it or leave it. Who cares?

In a day and age where there are so many issues around the world, some folks are spending time online arguing for and against a chocolate flavor seems quite absurd, doesn’t it? It’s yet another form of division in a country that nearly saw another civil war in 2020.

Be as it may, one thing springs to our minds. Since the United States officially recognizes a National Chocolate Mint Day, it will be interesting to see whether it will spring chaos like the Capitol Hill Riot of 2021 did. Just imagine two warring sides. In one corner, you have the green brigade of people who’d die for thin mints sprinkled with cocoa; in the other, those who swear how mint should only go on the roasted lamb. Wouldn’t that be fun?

Kidding aside, it all comes down to personal preference. It’s great to have a choice in life, especially when it’s about food. Most chocolate brands come in all variations nowadays, from white chocolate without any cocoa at all to classic, dark choc and mint ones. As such, stick to whatever you enjoy the most, and accept those who have a different taste from you.