Since you were a child you’ve been told that chocolate destroys your teeth and makes you fat; well, now, scientists in fact recommend chocolate as being even more efficient than many drugs in preventing and treating various conditions. On one condition, though: it must have as much cocoa as possible, even 60-75%.

A chocolate’s quality is determined by the properties of the cocoa seeds it’s made of, especially the amount of flavonoids, also encountered in wine, green tea, and bilberries. Milk chocolate has less flavonoids, and white chocolate has almost none. But flavonoids such as epicatechin are usually removed for commercial cocoas (employed for producing chocolate) because they induce a bitter taste.

In fact, the chocolate’s compounds that are pharmacologically active, like serotonin, tryptophan, phenylethylamine, tyramine and cannabinoids, are found in higher amounts in other types of food that are less appealing than chocolate.

Chocolate was first produced by the civilizations of Central America and when the Europeans arrived to America, cocoa was employed in making sauces and beverages, both sweet and bitter, exclusively destined to noble people. In fact, chocolate comes from the Nahuatl (Aztecs’ language) word “chocolatl”.

Chocolate should literally melt in your mouth: its melting point being 36.1? C.

1. Chocolate reduces blood pressure. The flavonoids found in cocoa help in the control of the arterial tension, by increasing the amount of nitric oxide in the blood. Studies showed that dark chocolate is as effective as the antihypertensive drugs are.

2. Dark chocolate can decrease by 50% the risk of a heart attack, coronary disease by 10%, and premature death by 8%.

3. It improves blood circulation to the brain for two to three hours after you eaten chocolate. The flavonoids dilate the blood vessels in the brain, allowing a larger blood flow (implicit of oxygen). This way, the brain fights off exhaustion, insomnia and aging, improving memory and learning.

A special cocoa that retains the naturally occurring chemicals called flavonoids, which are abundant in fresh cocoa, could help maintain the normal functioning of the brain and could be used for future therapies against cognitive decline and dementia.

4. Chocolate gets into a good mood. Phenylethylamine, a neuronal disinhibitor released by the brain, is also found in chocolate, and induces a stage of euphoria and excitation during the sexual prelude, by turning on the brain’s pleasure nuclei. This molecule increases the feeling of excitement, giddiness and boosts the sex drive; consequently, it gives you more or less the same sensation that the alcohol does, but without the secondary effects of the latter. (you know what they say… ‘Flowers or chocolate to your girl!’)

Anyone knows the “I feel good” sensation induced by chocolate. Chocolate does not contain serotonin, the “happiness” hormone, but tryptophan, a serotonin precursor, that the brain can transform into serotonin.

High serotonin levels stimulate the release of endorphins. Actually, what the antidepressant drugs do is simply increase the brain’s serotonin levels, since low levels of serotonin induce depression.

4. Chocolate increases the quantity of sugar in your blood, due to the above-mentioned flavonoids. Chocolate helps the process of sugar metabolization, and dark chocolate helps reduce the risk of developing diabetes.

6. Chocolate increases “good” cholesterol and lowers the “bad” one, due to the antioxidants, similar to those found in fruits, vegetables, tea and wine.

7. This food can also be a remedy against coughing. A chemical from cocoa can be more efficient against coughing than many medicines are, and it doesn’t have the adverse effects that the latter have. 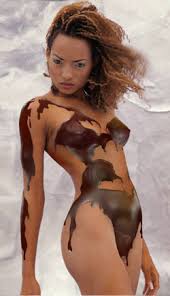 8. Improved circulation induced by flavonoids also boost…erection! So ?.what will it be: Viagra or chocolate?

9. Chocolate contains iron. That’s why it is recommended for pregnant women. Chocolate is also abundant in magnesium, proven to ease pre-menstrual symptoms (PMS). The calcium in milk induces the same effect, so milk chocolate could ensure the men’s peace and relaxation in certain… ‘special moments’.

11. The researches showed that chocolate consumers live almost one year more than those who do not eat chocolate.

12. Studies have shown that chocolate impedes cell deterioration and cancer.

13. The bitterest chemical found in chocolate, theobromine, an alkaloid similar to caffeine, was found to fight off tooth decay, being more efficient than the fluoride in strengthening the crystalline structure of teeth against erosion by acid-producing bacteria (linked to tooth decay). 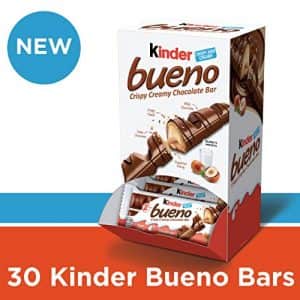